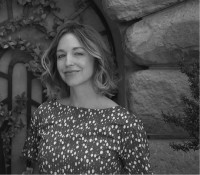 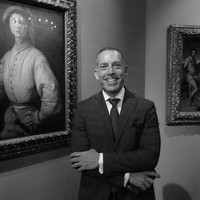 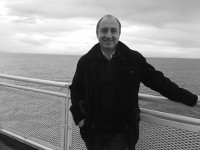 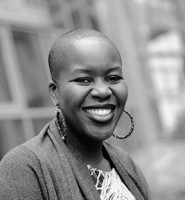 On Being Present is a research project with
a virtual platform via the website of the Uffizi (www.uffizi.it) in the form of a HyperVision; launched in February 2020 as a collaboration between Black History Month Florence and the Galleria degli Uffizi that highlights the histories and historical context of the Black African figures present in a range of paintings throughout the Galleria degli Uffizi and Palazzo Pitti. Drawing upon a plethora of scholarly works and exhibitions in recent history, this project is a recovery of Blackness from directly within one of the most iconic collections of art in the world.

ENGLISH_
The project has been carried out and curated by Justin Randolph Thompson, in collaboration with the Department of Digital Strategies and the Department of Cultural Mediation and Accessibility of the Uffizi Galleries

Special thanks to Steven Brittan and Terry Dwan

Biographies of the Scholars:
1. Kate Lowe is Professor of Renaissance History and Culture at Queen Mary University of London. She has written monographs on an Italian Renaissance cardinal and on history writing by Italian nuns, and has edited a volume (amongst others) with T. F. Earle, Black Africans in Renaissance Europe (2005). A book with Annemarie Jordan Gschwend, The Global City: On the Streets of Renaissance Lisbon (2015) was the basis for a major exhibition at the Museu Nacional de Arte Antiga in Lisbon in 2017. She edited the I Tatti Studies in Italian Renaissance History monograph series between 2012-2019. Her current project is ‘An unsettling presence: Sub-Saharan Africa in Renaissance Italy’.

2. Ingrid Greenfield is Postdoctoral Fellow and Assistant to the Director for Academic Programs at I Tatti, Harvard University’s Center for Italian Renaissance Studies. With a PhD in Art History from the University of Chicago, her work focuses on exchange between sub-Saharan West Africa and the Italian peninsula in the fifteenth through seventeenth centuries, and the collecting of foreign goods and prestige objects by elites in both regions.

3. Bruce Edelstein is Coordinator for Graduate Programs and Advanced Research at NYU Florence, where he teaches art history and serves in an advisory role for academic planning. He is Affiliated Faculty in the department of Italian Studies at NYU New York. He received his Ph.D. from Harvard University in 1995 after completing a dissertation on the patronage of Duchess of Florence Eleonora di Toledo, a reflection of his broader interest in mechanisms of court patronage and the exercise of female authority in Renaissance and Early Modern Italy. Miraculous Encounters: Pontormo from Drawing to Painting, the exhibition he has curated together with Davide Gasparotto, opened in May 2018 at the Uffizi in Florence, and traveled subsequently to the Morgan Library in New York and the Getty Center in Los Angeles.

4. Paul Kaplan is Professor of Art History at Purchase College, SUNY. He is the author of The Rise of the Black Magus in Western Art (1985) and of numerous essays on European images of black Africans. He was Project Scholar for the artist Fred Wilson’s “Speak of Me as I Am,” an installation at the 2003 Venice Biennale. He has been a fellow of the Du Bois Institute for African and African American Research at Harvard, and is a major contributor to volumes 2, 3 and 4 of the new edition of The Image of the Black in Western Art.

5. Elizabeth Rodini is Andrew Heiskell Arts Director at the American Academy in Rome. Her academic work focuses on interactions between Venice and the Islamic world in the early modern period, as well as in the history of collecting and display. Previously she was Teaching Professor and founding Director of the Program in Museums and Society at Johns Hopkins University. She received her Ph.D. from the University of Chicago and is the author of many articles and the forthcoming book, Gentile Bellini's Portrait of Sultan Mehmet II: Lives and Afterlives of an Iconic Image (I.B. Tauris, 2020). For more, visiterodini.com.

6. John K. Brackett is Associate Professor Emeritus of the Department of History of the University of Cincinnati. Brackett taught at UC for thirty years after receiving his PhD from the University of California, Berkeley in 1986, where he studied with Gene Brucker. He has researched criminal justice in sixteenth and seventeenth century Florence and the Tuscan state. Other topics of interest have been the vendetta in the countryside; the regulation of prostitution; and most recently, the reign of Duke Alessandro de’ Medici, Florence’s black duke. John Brackett has articles, review articles, encyclopedia entries, and conference presentations to his credit, as well as one monograph. Among these are two articles on Alessandro: “Alessandro de’ Medici, the Black Duke of Florence, 1531-1537,” In, Black Africans in Renaissance Europe, and an article, “Alessandro de’ Medici and His Mother,” in Les Africains et leurs descendants en Europe avant le XXe siècle. The first establishes that Alessandro was black as we understand the term today; the second collects together the scraps of knowledge that we have about his mother.

7. Emily Wilbourne is Associate Professor of Musicology at Queens College and the Graduate Center in the City University of New York. Her work is engaged with questions of sound, performance, and subjectivity, including gender, race, sexuality, nationality, and social status. Wilbourne has published a number of articles in North American and Italian journals. Her first book, Seventeenth-Century Opera and the Sound of the Commedia dell’Arte was published by the University of Chicago Press (2016); she is currently at work on a second monograph, tentatively titled Opera’s Others: Race, Voice, and Slavery in Seventeenth-Century Florence, and on a collection of essays co-edited with Suzanne G. Cusick, Acoustemologies in Contact: Sounding Subjects and Modes of Listening in Early Modernity.

8. Dennis Geronimus is associate professor and chair of the Department of Art History at New York University, where he specializes in Italian Renaissance art. His research interests embrace the artistic crosscurrents between Italy and Northern Europe; art and the natural world; relationships between text and image; mythological narrative; pictorial wit and humor; and making as its own form of meaning. His current book project, to be published by Yale University Press, is devoted to the art and life of Jacopo da Pontormo. His past publications include Piero di Cosimo: Visions Beautiful and Strange (Yale University Press, 2006), as well as numerous articles, essays, and reviews appearing in Burlington Magazine, Art Bulletin, Renaissance Quarterly, Renaissance Studies, and Mitteilungen des Kunsthistorischen Institutes in Florenz. In 2015, he co-curated with Gretchen A. Hirschauer the first-ever exhibition on Piero at the National Gallery of Art, Washington, DC. Among his most recent publications is an essay titled “Leonardo’s Last Supper and the Motions of the Mind,” appearing in the catalogue for the exhibition Leonardo da Vinci: The Language of Faces at the Teylers Museum in Haarlem.
*Extended version of the text Piero di Cosimo_Liberation of Andromeda

9. Dr. Temi Odumosu is Senior Lecturer in Cultural Studies at Malmö University in Sweden.
Her international research and cultural practice is concerned with the representation of African peoples, visual and affective politics of slavery and colonialism, colonial archives and archiving, Afro-Diaspora aesthetics, and more broadly exploring how art mediates social transformation and healing. Her PhD thesis at the University of Cambridge explored the construction and use of African caricatures in British satirical prints during the eighteenth and early nineteenth centuries. This work provided the basis for her book Africans in English Caricature 1769-1819: Black Jokes, White Humour (2017), which recently won the Historians of British Art book award for scholarship between 1600-1800.During 2018, Temi conducted independent research on remembering practices in museums, funded by Riksbanken Jubileumsfond in Sweden. She is currently a member of the research project The Art of Nordic Colonialism: Writing Transcultural Art Histories, led by Mathias Danbolt at Copenhagen University